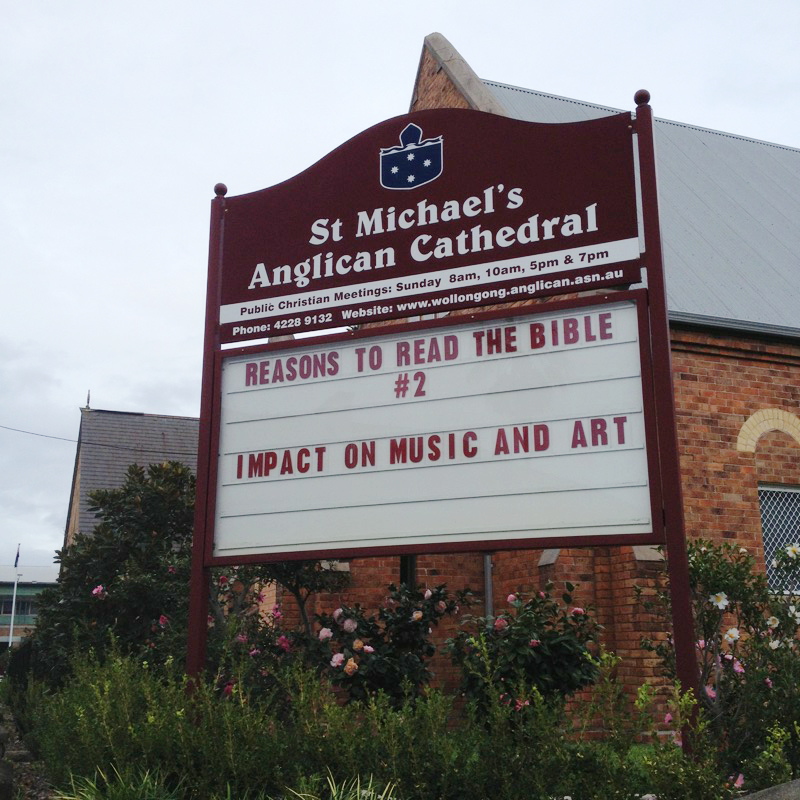 Reasons to Read the Bible #2

Impact on Music and Art

Who said, “I am a little taken aback at the biblical ignorance commonly displayed”? Not a bishop but celebrity atheist, Richard Dawkins. In The God Delusion, he even suggested “the main reason the English Bible needs to be part of our education is that it is a major source book for literary culture.”

At one end of the musical spectrum, artists as diverse as Led Zepellin, U2, Paul Kelly, Nick Cave and Lady Gaga allude to the Bible and its message. As a fan, I just think of U2’s 40 (from the Psalm of that number), Sunday Bloody Sunday (“claim the victory Jesus won on…”) Pride (“one man betrayed with a kiss”), Yahweh (the personal name of God in the Old Testament), or Grace (“she takes the blame, she covers the shame, removes the stain … Grace, it’s the name for a girl. It’s also a thought that changed the world.”)

Arguably the most famous piece of classical music is Handel’s massive Messiah – always popular at Christmas. You might just enjoy the beauty of its baroque music, but you can’t understand its full power till you see that every song in it sets Scripture to music. It follows the unfolding flow of God’s dealings with people through his chosen King (that’s what Messiah means). It takes us from sin and sorrow, through judgment and redemption, climaxing in the defeat of death and the promise of eternal life. Hallelujah indeed!

And have you ever escaped by the ‘skin of your teeth’, been “the apple of his eye” or just a ‘lesser light’, ruled with a ‘rod of iron’ or “fought the good fight”, ‘turned the other cheek’ or ‘gone the second mile’? Then you’ve encountered phrases pioneered by the Bible.

A UOW lecturer in English Literature recently bemoaned the inability of his students to recognise, let alone understand the biblical phrases that pepper classic authors, such as Shakespeare, Donne, Milton, and T.S.Eliot, or non-Anglo writers like Allende and Marquez. The works of Australians like Tom Keneally, Les Murray and Tim Winton are also infused with biblical motifs. Not to mention Reg Mombassa’s Mambo t-shirt art: Aussie Jesus feeding the MCG crowd with a miracle of pies and beers, or casting out gamblers from the casino.

Of course the Bible’s influence is far greater than art, music and literature, contributing hugely to the Western understanding of law and ethics and so on. As a result, I find that people coming to our church’s ESL classes often want to know something of its message, even when from a different religious background. As newcomers to the culture, they recognise how influential the Bible is.

Of course, trying to separate language from content leaves little but an empty husk, without the seed’s life-giving power. And you need more than mere words to face suffering, evil and death. So don’t just take the Bible as art. Or rely on fading memories from Scripture classes. Revisit the power of the Bible’s words and message with your adult mind. At the least, you’ll be fighting cultural illiteracy. Better still, you may discover for yourself that we cannot box the influence of Jesus away in the distant past!