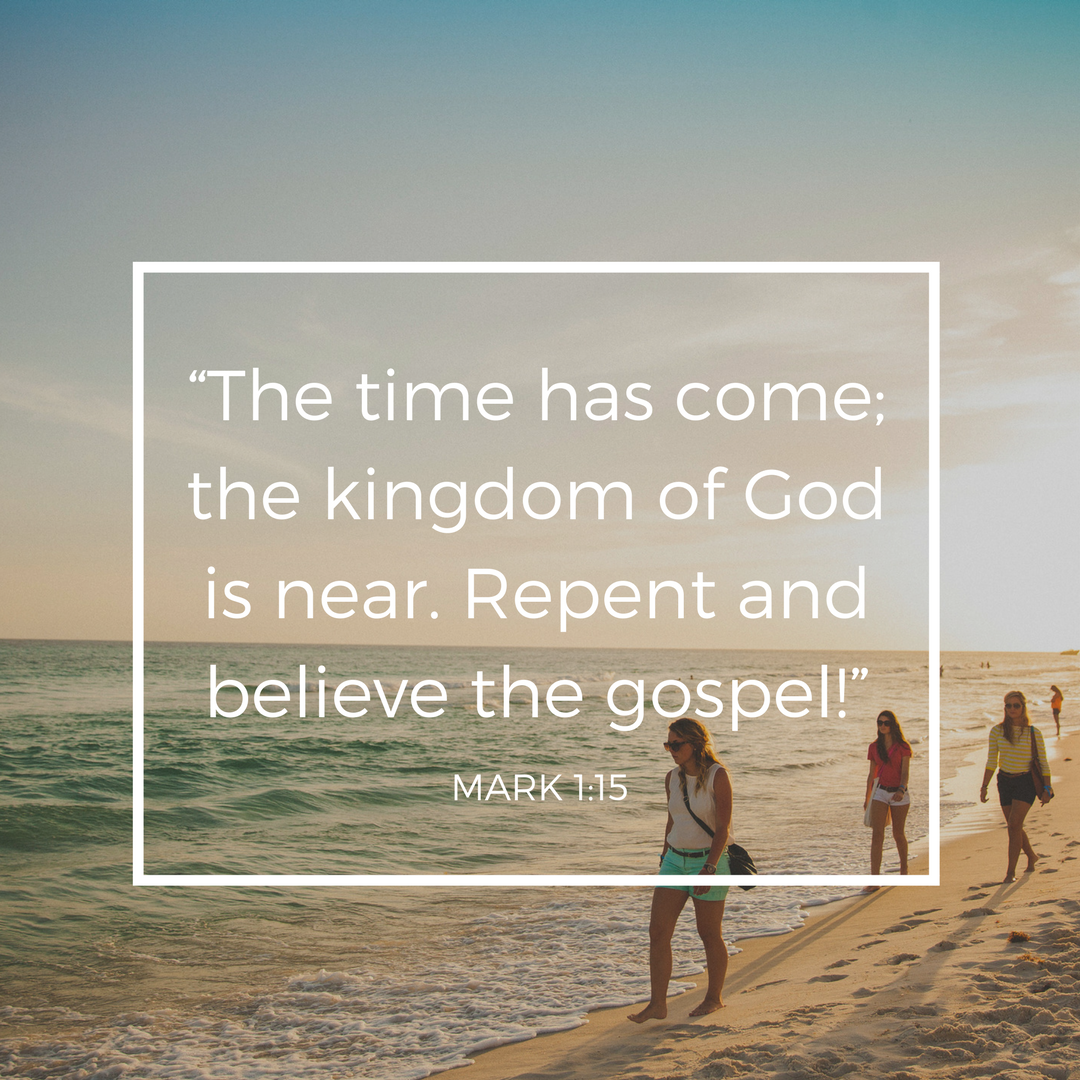 Jesus’ first recorded public word was a command to “Repent”, according to Matthew 4:17,

“From that time on Jesus began to preach, “Repent, for the kingdom of heaven is near.”

“The time has come; the kingdom of God is near. Repent and believe the gospel!”

Repentance and faith are clearly important and they feature in the fifth of the ten “Values” listed in St Michael’s “Vision 2020” statement.

Repentance and faith are two sides of one coin. Faith is always in the gospel. Faith is not head knowledge of facts. It means trust in those facts. I know who the Prime Minister is. But I show that I believe in the Prime Minister, if I join his political party and give him my vote, etc. (Maybe political leaders aren’t the best analogy, but you get my point!)

The gospel (= “good news”) is the declaration that Jesus is King and that his death secures our forgiveness and his resurrection brings eternal life. So the call is to repent and believe in light of this astonishingly good news about Jesus.

But what does it mean to repent? Repentance literally means to “change your mind”. It’s not just about feeling sorry for something.

To repent is to say ‘No’ to one way of life and ‘Yes’ to another. No to ignoring Jesus. Yes to following him. It’s about putting the radical change of mind into action.

I first considered blood donation after the near-death experience of my grandpa 25 years ago. They nearly exhausted stocks of his blood type to save him. Previously I’d ignored appeals to donate. Now I knew blood donation was a very good idea. But I did not repent.

A decade later a teenager I knew contracted leukaemia. He needed white blood cell transplants. And I felt sorry that I’d not done anything about blood donation. I’d meant to. But I’d never quite done it. So I felt guilty about this neglect. But I still did not repent.

Most simply, it’s a change of direction. That’s what the Bible says we need towards Jesus, whether it’s seen in family selfishness, or greed with money, or idolatry of sport or sex, or in basic casualness about Christ. Not just feeling sorry. We need a change of life direction: to live under Jesus’ leadership instead of the Frank Sinatra cliché of “doing it my way”.

Our Values state a need for courage in calling for repentance and faith. I get that. I find it easier to do publicly in a sermon or in leading a prayer of confession at church. But it takes far more courage in an individual conversation about God – telling a person something that contradicts their current way of thinking and acting. But if we love them, and if we believe Jesus is King, then we need to pray for the help of God’s Spirit to make us bold.