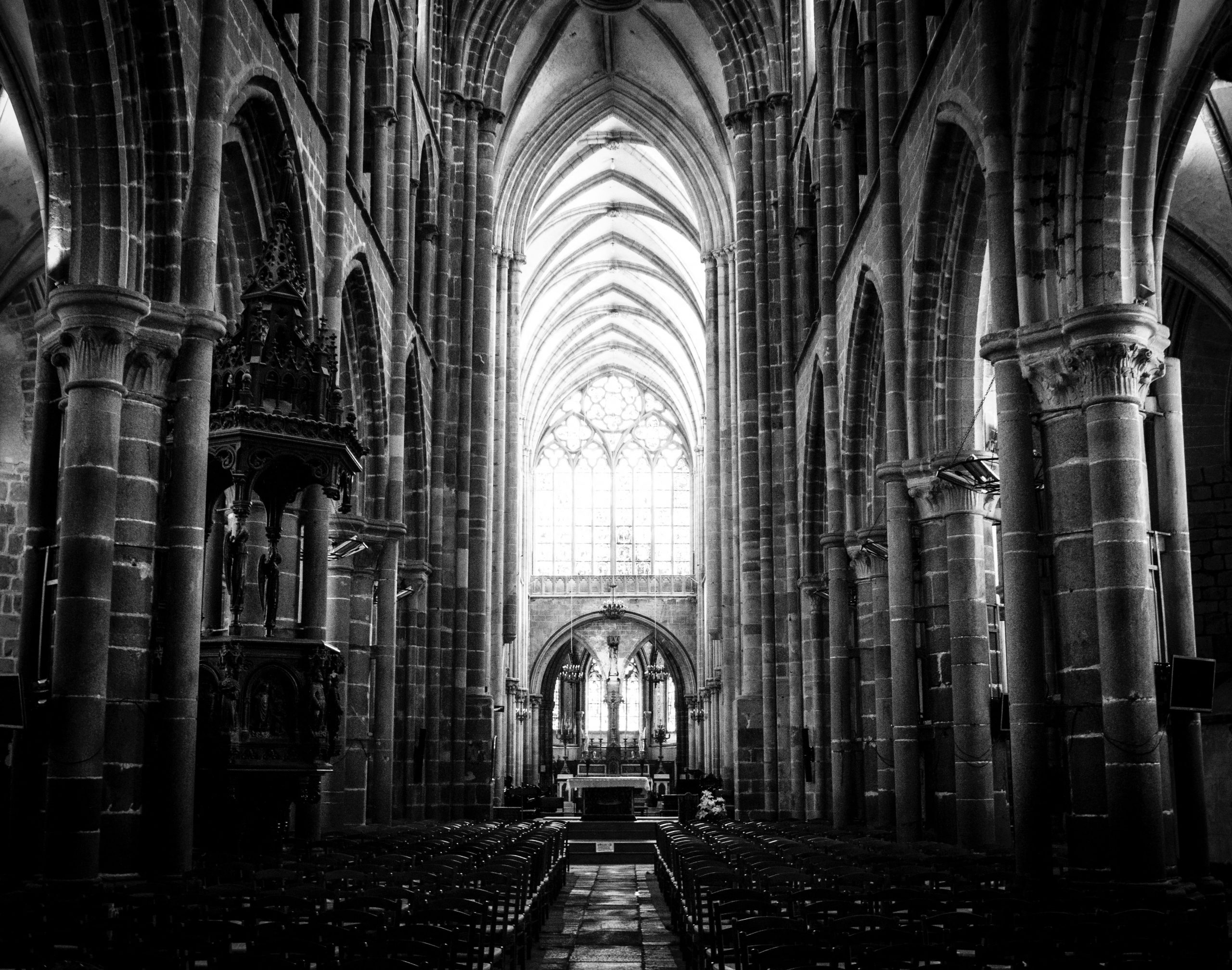 Not A True Story. But It Could Be…

The buzz of the gathered crowd was hushed as the whisper passed around: the bride had arrived. The groom, standing at the front of the church, wiped his sweaty palms and nervously turned to face the doorway through which his fiancée would enter. He’d insisted on choosing the processional music – ‘something that will speak of my love for you’ – and he wanted to see her expression of delighted surprise at the moment it began to play. He knew he couldn’t have come up with a better song given a hundred years to think about it; there was just no possible way to go past Iron Maiden’s Bring Your Daughter to the Slaughter.

Friends and family were aghast; the bride stumbled down the aisle, propelled chiefly by the fervent hope that she could only be trapped inside a nightmare and would soon wake for her real wedding day. With unexpected trepidation, her father abandoned her to her fate, and the minister opened his mouth, drew breath to speak … and announced the number plate of the car with its headlights still on. The bride fainted, perhaps in the belief that doing so now would be a shortcut to waking up. To buy time while her bridesmaids brought her round, the minister announced the first hymn. Moments later – too late, sadly, to change course – he realised that Abide With Me might not be so well-received under the circumstances…

The blessedly fictional catastrophe-in-the-making above ought to be enough to persuade even the most hardened sceptic that it really does matter what we do in church. Not that we really need much persuading. We know very well what we don’t want in church: no pipe organ; no drums; no abandonment of liturgy; no set prayers and responses; no formality; no informality. And we know what we do want: church services that inspire believers, without alienating unbelievers. That preach the gospel, without traversing the same well-worn paths that long-time Christians have heard so many times before. In short, we know that there’s often things that are deeply unsatisfying about our experience of church, but we don’t know how to fix it without a fight.

Well, we’re going to give it a shot next month. On the 8th, we’ll have a training night where we think through just what we are trying to do when we gather for church. Sounds obvious, right? And yet, astonishingly, it’s a real blind spot for the modern Christian. We spend hours in church services, and yet if a visitor we’d invited asked what doing ‘X’ had to do with believing in Jesus, we’d struggle. We’re like fans turning up for the weekly football match who aren’t clear on the rules of the game!

So if you have any involvement with church services – from leading and preaching through to just sitting in a pew each week – let me encourage you to make time for this. I’m confident it will deeply enrich our time together.