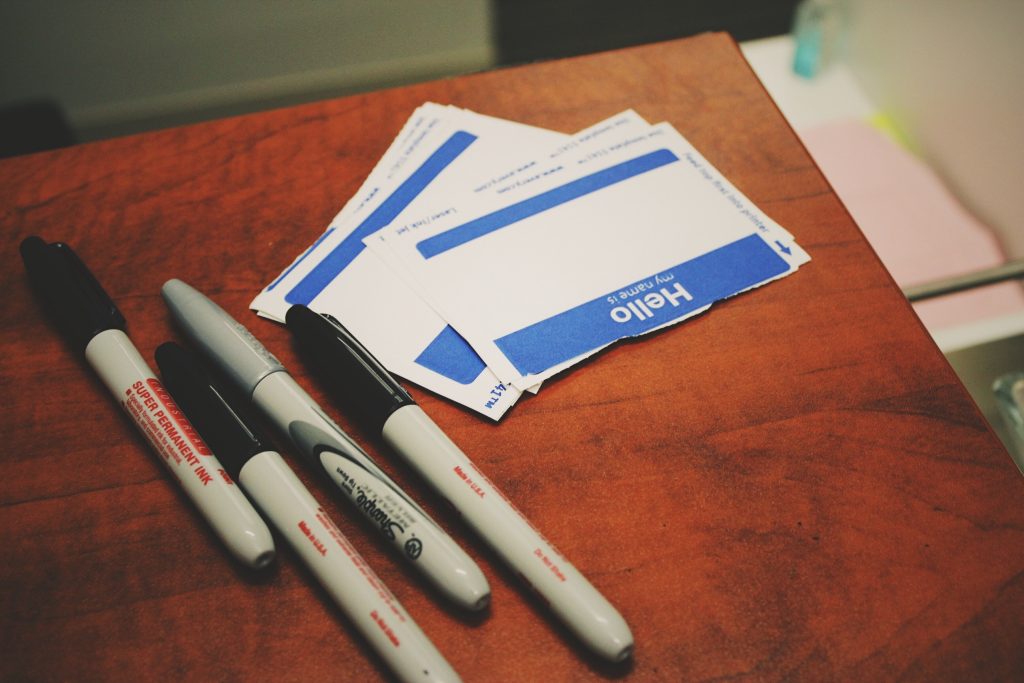 What’s in a name?

Do you know what your name means? Were you named for someone or something significant? In some cultures, children’s names may reflect something their parents aspire to, or there may be great significance to family names.

In Aussie culture, often we name children simply because we like the sound of the name. My dad says that had he learnt Greek before I was born (not after) he would have named me ‘Anastasia’, (meaning ‘resurrection’) rather than Stacey (which just means ‘standing’)!

But whatever the origin, our names become very personal. They are an important part of who we are. And we’re attuned to hear them and notice them.  Isn’t it true that we will often pick out our own name (or the names of loved ones) in a conversation that we don’t hear any other part of?

Then there are all the other things that we get called that aren’t actually our name but reflect some other aspect of who we are, or the relationships we have. (Ever notice how many mums turn around when one child shrieks ‘mu-uummm’?)

The Bible uses all sorts of names for God that reflect different aspects of who he is and what he does – Almighty, Father, God Most High, for example; and for Jesus – Messiah, Son of David, Son of Man. Each of them gives us some insight into who God is. But in Exodus 3, we see God’s personal name revealed for the first time.

When God speaks to Moses from the burning bush, Moses asks for God’s name. It’s as though he’s passing on a phone message – ‘who shall I say is calling?’. The remarkable thing is God’s answer: ‘I AM WHO I AM. Say to the Israelites I AM has sent me to you…The Lord, the God of your fathers, has sent me to you’.

He identifies himself as the God whom they have known for generations, and then reveals his personal name – I AM. He (God) is the one who IS. It is the Hebrew root of the verb ‘to be’ (I am, he is) that gives us the equivalent of the letters YHWH, and from this we make the word ‘Yahweh’ (and also ‘Jehovah’ – same consonants, different vowels).

It is always written in our NIV Bibles in the Old Testament as ‘The LORD’. When we see this written we know it refers to God by his personal name.

For God’s people, Israel, this name was special. So special, in fact, that they wouldn’t say it aloud. But they were attuned to this special name. And so, when they heard it used, their ears pricked up.

This term, some of the women’s Bible study groups have been looking at Jesus’ claims in John’s gospel. In John, Jesus uses God’s personal name ‘I AM’ of himself. Sometimes he uses it on its own, sometimes he expands on it (for example ‘I AM the resurrection and the life – John 11:25). We don’t particularly notice this as being God’s name. But the Jews of Jesus’ day did. They heard the special name and knew Jesus was claiming to be God.